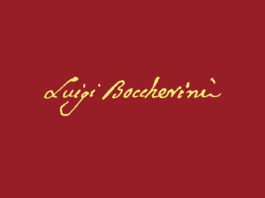 Go to the Publisher’s Page

Under the definition ‘Symphonie concertante’ variously named works and designations may coexist: ‘Concerto for two, three… or more instruments’, ‘Concertone’, ‘Fantaisie concertante’, ‘Simphony for large orchestra’, etc. Concerning the form, such a genre broadly suggests the baroque concerto grosso, characterized by the juxtaposition of the concertino — that is the group of soloists (usually strings) — with the orchestra, functioning as ripieno. The symphonie concertante is usually a major-key work of brilliance, in which sonic masses engage in dialogue with a soloistic ensemble that may include two violins, strings, or winds, or unusual combinations of instruments drawn from the strings, winds, keyboard, or plucked-string instruments, sometimes consisting of an ensemble of two, three or four performers, and occasionally up to seven or nine musicians. The soloists are responsible for handling the thematic material and the cadences whereas the orchestra serves as a plain accompaniment. Such a genre mainly flourished between 1770 and 1830. The rapid success, as well as the early decadence of the genre, are reflected in the changes in the system of production and reception of music encompassing the transition from the xviii to the xix century, a system where patronage was gradually replaced by the free market. By allowing several soloists to play at the same time, the sinfonia concertante gave a local spotlight to many performers who, unable or unwilling to aspire to an international career, exploited their talent to earn a living outside the often-narrow confines of their patronage. Such exposure also affected the performers’ teaching activity, stimulating the dissemination of music production and the importance of the role of composers within the publishing market. This was, however, a period in which the figure of the entrepreneur musician — usually seen as a histrionic soloist, a travelling virtuoso, aware of his uniqueness as an artist and the bearer of high social status — was yet to come. As this process gained currency, especially during the nineteenth century, the genre of the symphonie concertante declined1.

Boccherini wrote fifteen works which can be listed under the genre of the symphonie concertante; however, neither Boccherini nor his publishers (except that for G 499) marked them as such. The discussion below concerns the Symphonies concertantes G 491 and G 523, two compositions linked by a double thread, as we will take the opportunity to explain

Music and War from Napoleon to the WWI