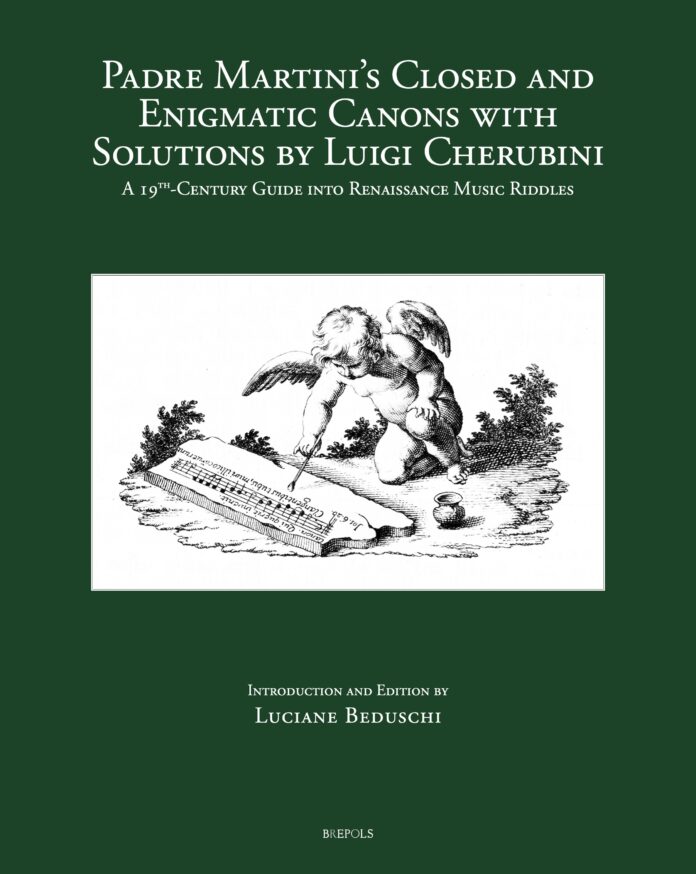 Every chapter of the three volumes of Giovanni Battista Martini’s Storia della Musica begins and ends with an enigmatic canon: 72 puzzle canons, which formed the subject of debate in the 18th and 19th centuries.

Luigi Cherubini proposed solutions for all canons, forming a pedagogical collection designed to reveal the secrets of the enigmatic canons practice to 19th-century musicians. Cherubini explained in detail how each proposed solution was reached. The resolutions are all based on a ‘Table of Latin words’, a list of enigmatic expressions.

For each expression, Cherubini gives an explanation detailing how they must be interpreted in order to find the resolution of the riddles. Practically 56 expressions from Cherubini’s ‘Table of Latin words’ can be identified in Renaissance treatises.

Until the first half of the 16th century, a canon was a formula that musicians would put into action to create one or more parts of music — the ‘canon’ was just the formula and not the music itself. Explanations of such formulas were compiled in Renaissance music treatises.

It is this journey — the one enigmatic expressions took as they travelled from the Renaissance into the 19th century — that Luigi Cherubini’s complete edition of proposed solutions to Padre Martini’s enigmatic canons seeks to illustrate.

Luciane Beduschi has taught music theory, music analysis and music history in France, at the Sorbonne and Paul-Valéry Universities, and in the USA, at Skidmore College, NY. She then served as an Associate Researcher of I Tatti, the Harvard University Center for Italian Renaissance Studies. Her work on enigmatic canons includes analyses of proposed solutions and contextual research into this practice.