Home Forthcoming Publications Between Centres and Peripheries: Music in Europe from the French Revolution to... 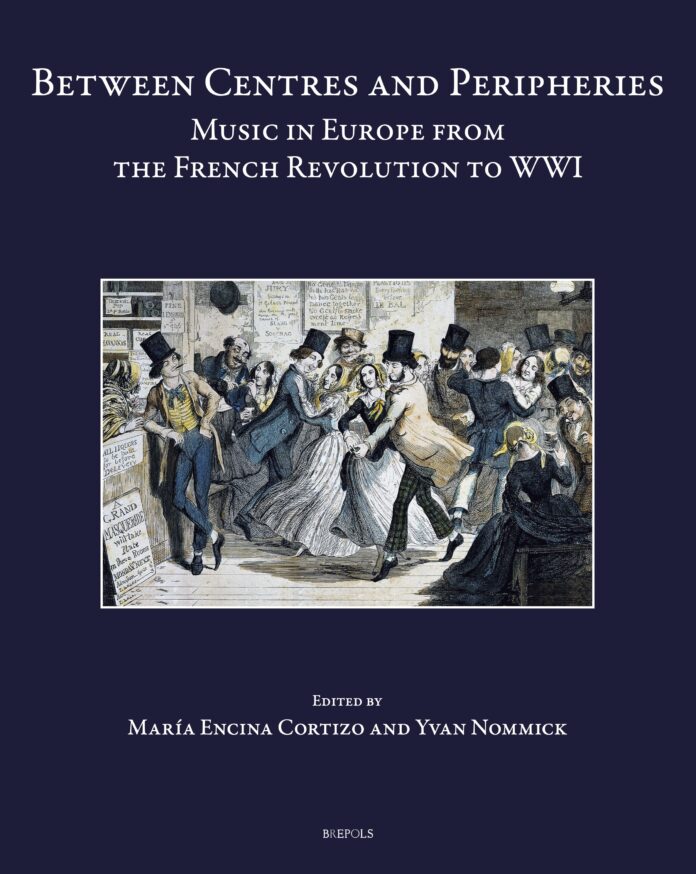 This volume revisits the artificial and enormously limiting historiographical concepts of centre and periphery in European musical life throughout the long 19th century and until the outbreak of the First World War.

In this period, music played a prominent role, and cities such as Paris, Vienna, Milan or London, real laboratories of artistic creation, became social and cultural references for the rest of the continent, whose inhabitants strove to imitate their musical habits such as concert and theatrical life, soirées, parties or musical promenades.

From diverse perspectives, this volume rethinks the singularity, influence and connections of different European musical centres, analysing the reproduction of cultural models and the conflicts that these models imposed on the peripheries, most of which have been ignored in the historiography of Western European music.

In addition, it will also address the birth of musico-national languages situated on the European geographical margins, that develop interesting synergies between universality and nationality.

The peripheral models of musical production and circulation in contexts far from the usual musical venues will also be addressed, as well as the derived cultural transfers.

Yvan Nommick is a pianist, conductor, composer and musicologist. He has taught conducting in the Schola Cantorum in Paris. From 1997 to 2007 he was Director of the Archivo Manuel de Falla (Granada), and from 2007 to 2011, director of artistic studies at the Académie de France à Madrid (Casa de Velázquez). Since 2011 he has been Professor of Musicology at University Paul-Valéry Montpellier 3 (France). His primary focus of research is the analysis and history of 19th and 20th century music, the study of the creative process in music and the relationship between music and the visual arts. He has contributed to the dictionaries Die Musik in Geschichte und Gegenwart (MGG) and Gran Enciclopedia Cervantina and edited the new scores of Manuel de Falla’s works: Love the Magician, The Three-Cornered Hat, Master Peter’s Puppet Show and Concerto for Harpsichord and Five Instruments.

María Encina Cortizo is professor of Musicology at the University of Oviedo (Spain), coordinating the ‘Erasmus’ Research Group. Her main field of research is zarzuela and Spanish opera in the nineteenth and the early twentieth centuries. She has contributed to Die Musik in Geschichte und Gegenwart (MGG) and the Diccionario de la Música Española e Hispanoamericana. She also authored several musicological studies and editions of Spanish Operas and Zarzuelas by Carnicer, Arrieta, Barbieri, Chueca, Barrios and Torrandell, in collaboration with Ramón Sobrino.

Orchestral Conducting in the Nineteenth Century