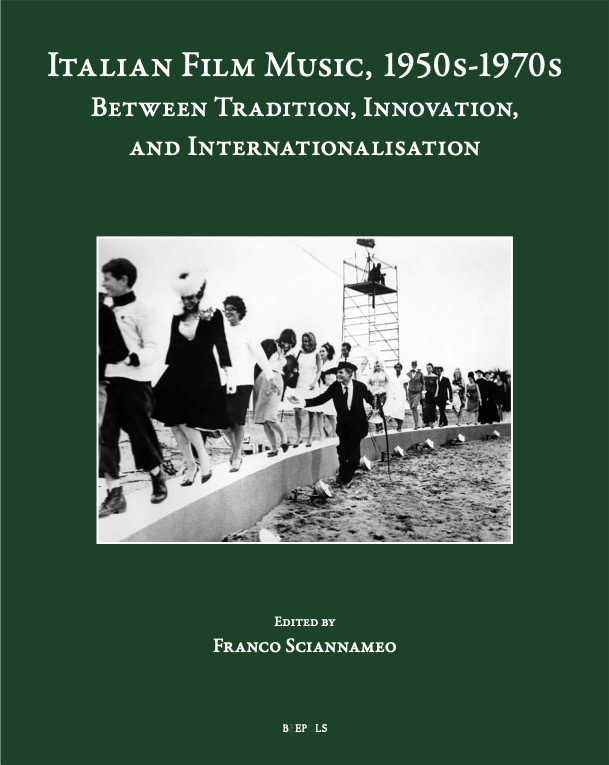 The music heard in Italian cinema along the arch of the three decades highlighted in this book, has not only made history but has become an unspoken of patrimony of humanity. This book provides a platform to build a lasting tribute to those composers who were, indeed, the “sounding” protagonists of hundreds of films – from Fellini’s La dolce vita to Tornatore’s Cinema Paradiso to a myriad of cultural documentaries and productions made for cinema and television.

The book is divided into three parts comprising essays on the music of Nino Rota, lesser-known composers yet important on the national circuit like Carpi, Gervasio, Vlad, and Chailly, and four essays dedicated to the towering figure of Ennio Morricone whose legacy will continue to hover over Italian cinema of the 50s-70s for many decades to come.

An introductory essay, 17 chapters annotated and provided with musical examples, tables, and iconographic material written by internationally known academics specialised in Italian film music; bibliographies and abstracts following each essay; biographies of the contributing authors; and an index organized by names and subjects, make this volume an indispensable research tool free of geopolitical barriers and ideological constrains in the bourgeoning field of Film Music.

Born in Maglie (Italy), violinist, musicologist, and cultural historian Franco Sciannameo writes and lectures extensively on contemporary music and its relation to politics, cinema, and the arts.

Orchestral Conducting in the Nineteenth Century