Home Forthcoming Publications Geographies of Sound: Sounding and Listening to the Urban Space of Early... 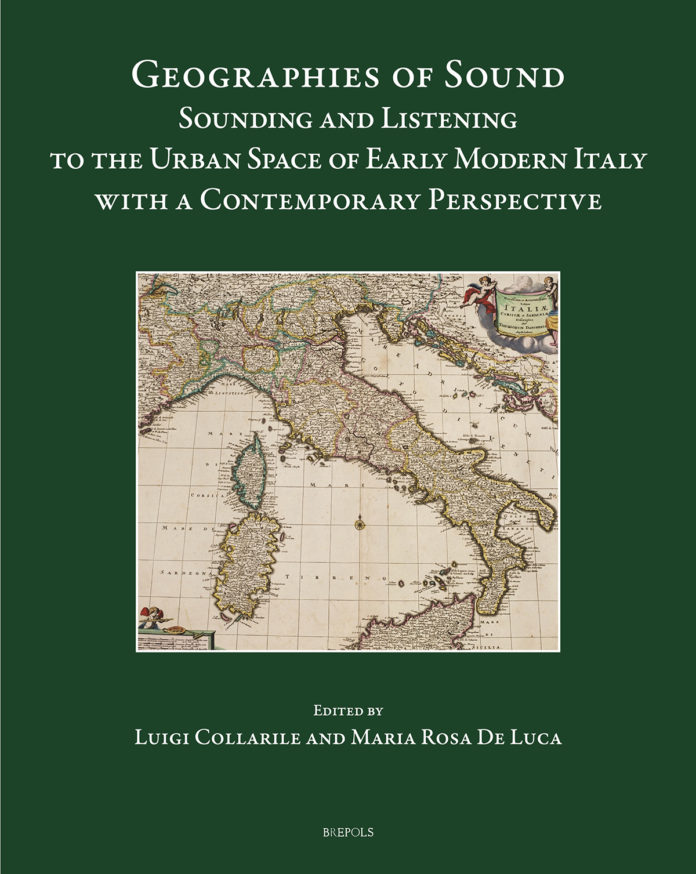 Sound is an essential element of human experience. It is part of the complex semiotic system that enables human communities to orient themselves in time and space, to be informed, to participate in social life as conscious listeners, capable of deciphering and giving meaning to the collective action of the urban space in which they live.

Deeper sound horizons reverberate at different levels on the sonic dimension of reality, contributing to a more complex semantic process of the collective civic rituality and the construction of institutional and individual sound identities. In order to investigate the urban soundscape, it is important to define the nature of the sound phenomena to be examined, but also the dynamics concerning their perception as part of complex anthropological processes.

These perspectives can be considered from a historical point of view. The studies collected in this volume aim to investigate sound as an element of urban space in early modern Italy. They consider different phenomenologies investigated through innovative methodological perspectives.

Particular importance is given to the sound of urban rituality, to its declinations and local connotations, to its ability to interact with public and private dimensions, to the social and aesthetic dynamics that regulate it, and to the definition of the sonic identity of early modern urban space.

Luigi Collarile teaches History of Church Music at the Bern University of the Arts and is currently research fellow at the Schola Cantorum Basiliensis (Basel). He studied in Padua, Basel and Fribourg (PhD, 2010). He was research fellow and visiting professor at the Universities of Basel, Roma Tor Vergata, Geneva and Venice. His publications cover different research areas: European sacred music, the musical life of early modern Venice, the soundscape of early modern Italy, music printing and publishing, and Renaissance music theory. He is a member of the editorial board of the Istituto Italiano per la Storia della Musica (Rome) and the scientific journal «L’Organo» (Bologna).

Maria Rosa De Luca is Associate Professor in Musicology and History of Music in the Department of Human Sciences at the University of Catania, where she presides over the master’s degree “Communication of Culture and Performing Arts”. Her research activity involves, above all, the history of music declined through a perspective of social history and historical soundscape studies. Among her writings, she has published two monographs, Musica e cultura urbana nel Settecento a Catania (2012) and Gli spazi del talento. Primizie musicali del giovane Bellini (2020), and the volume Un veneziano in Europa. Teatro e musica nelle carte di Giovanni Battista Perucchini (2019). She is a member of the Editorial Board of «Musica Docta» and of the Executive Board of «Bollettino di studi belliniani».