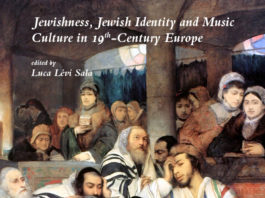 The present book aims to describe 19th-century Jewish musical production in light of major social and historical events: a revolutionary process for the Jewish world resulting from its inclusion in European political and cultural secularization. The ferment that such assimilation brought resulted in the fragmentation of the Jewish religious identity into distinct liturgical currents. How much the 19th-century modernization of the Jewish world affect the Jewish identity of composers and their music, encompassing the following components: conversion, liturgy, synagogal chant and cantillation, musical form, opera, textuality, entrepreneurship and individuality? How many of these structural components were direct or corollary to both musical composition, and the concept of Jewishness?

Music and Censorship in the 20th and 21st Centuries. Historical, Political and Social Context

Music and the Figurative Arts in the Nineteenth Century