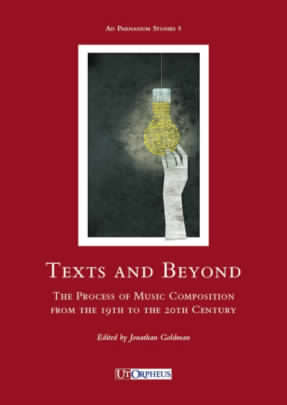 The Process of Music Composition from the 19th to the 20th Century.

A growing number of music scholars have lately shifted their attention from musical works to the creative processes that produced them. The study of these processes serves as a springboard for interdisciplinary research that goes beyond the traditional boundaries of musical philology. These recent orientations adopt a heuristic approach to musical craft in the composer’s workshop and build on the rich heritage of sketch studies, while incorporating psychological, anthropological, sociological, historical and analytical methods.

The study of the creative process in music also seeks to adapt the apparatus of literary critique génétique. Scholars of creative process also regularly turn their attention to artistic situations in which sketches and scores may not be available as loci of investigation and seek to adapt the tools of creativity studies to research not only on composers, but also performers, improvisers, and even artistic directors, recording engineers, radio producers, commissioners or any other actor in the musical field.

Texts and Beyond offers new orientations in the study of the creative process in music. The essays included here show a particular interest in unfinished works and in the logic of their completion, as well as in the creative interaction of music coupled with other arts. In twelve chapters and an Afterword, this volume explores a wide variety of topics, including compositions by Anton Bruckner, Gustav Mahler, Charles Kœchlin, Giacinto Scelsi, Henry Brant, Luciano Berio, Brian Ferneyhough, Jacques Hétu and José Evangelista, as well as extending to the realm of ballet staging, composing for the cinema and video art.