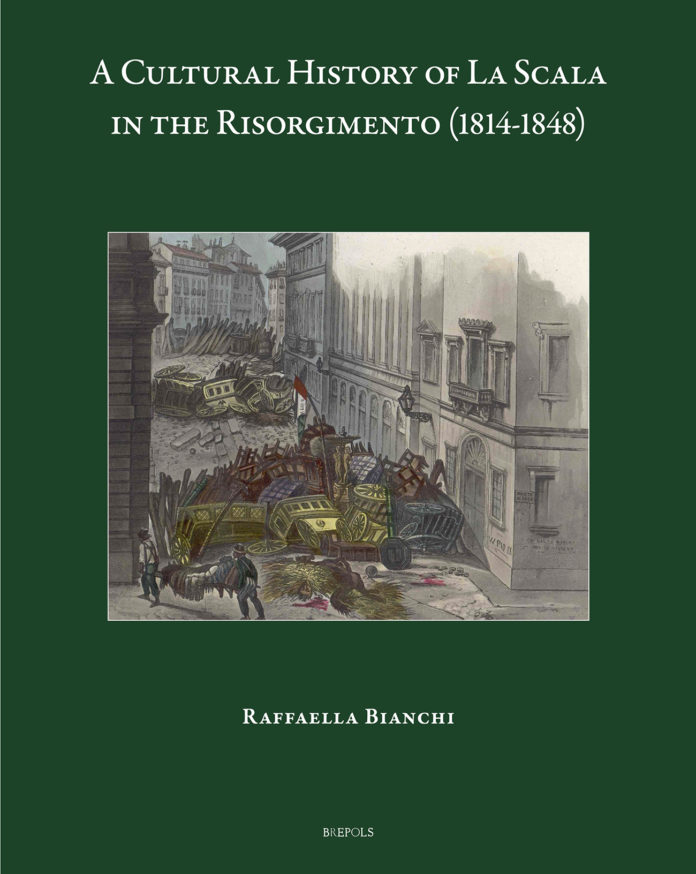 This study of the La Scala opera house uses the approaches of cultural history to explore the world of  Milan’s historic opera house at a crucial point in Italian History.

It sheds new life on La Scala’s public, its rules of attendance, management, as well as its central role in the Italian national movement (the Risorgimento). Based on unpublished archival sources, the book explores  a world of secret gatherings, revolutionary conspiracies hatched in opera boxes, displays of power, the architectures of surveillance, and the symbolic and gendered politics of operatic performances; in this world even the central lamp of the opera house took on political significance.

In the early nineteenth century, while Giuditta Pasta and Maria Malibran performed Norma, box curtains were used for public demonstrations, keys of lateral doors were contested between the impresario and the police, and a monumental gas lamp was built and installed assembled in order to spy on the public.

The central claim of the book is that a multifaceted cultural struggle was fought at La Scala. The argument is constructed through a rigorous approach to original sources and an extensive analysis of archivalmaterial. Thanks to these sources, the book makes an important, original contribution to the study of Italian history.

Raffaella Bianchi is an interdisciplinary historian  who researches the interplay of music and politics, primarily through cultural studies and history  approaches. After writing her PhD at Loughborough University she was appointed Associate Professor of European History in Istanbul.  Currently she is involved in a project of public history in Milan. Her articles on opera, gender and the relevance of music for social movements have been published in academic journals like Popular Music and The European Legacy.