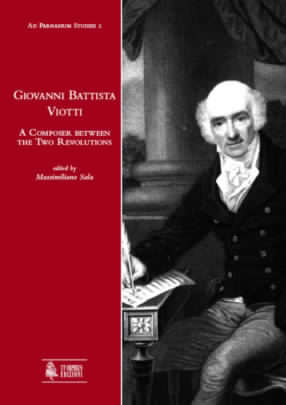 This volume inaugurates the series of Studies of the twice-yearly journal Ad Parnassum. A Journal of 18th and 19th-Century Instrumental Music. These publications are devoted to individual composers who have made a significant impact in the field of instrumental music.

In the span of time that bridged the ancien régime and the Restoration, the absolute monarchies made way for bourgeois liberal aspirations, the cities opened their walls to the increasingly broad horizons of trade and industry, and society witnessed a gradual conversion of rural into urban communities and the birth of new social classes linked to the categories of work. The court, as a stable socio-economic system, began to be replaced by processes of liberalization in the professions and respective ‘productive’ systems. Thus in the musical sphere the growth of public places for hearing music that provided alternatives to the court drastically influenced the system of production, modifying the boundaries between the public and private spheres and the relationship between production and fruition. This general context, with its profound dynamics and numerous vicissitudes, must have influenced Viotti’s human and professional history in some way. It is interesting to note the progressive development, in the composer’s personality, of a certain fragility linked to the fact of performing in the public sphere, whether it be in the civil arena (owing to the political events mentioned earlier) or in the world of ‘real performance’ and musical display. A world in continual transformation like that inhabited by Viotti, a world poised between two revolutions, was capable of engendering such a degree of inner tension as to induce a progressive renunciation that took the form of successive and differentiated actions (concert performing, impresario activities, trade) and eventually a wholesale escape.