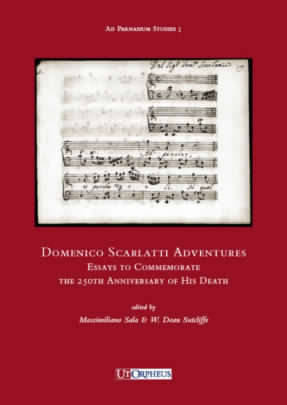 Essays to Commemorate the 250th Anniversary of His Death.

While the publication of both single- and multi-author studies of composers in their anniversary years has become a predictable part of today’s musicological landscape, such works still have their uses. If this is less apparent in the case of some of the biggest names, where suspicions of overkill or ‘cashing in’ may well be raised, the practice can be more readily justified for that vast majority of less celebrated — and commercially less attractive — composers. Marking anniversaries in such a way can give them a better chance to have their voices heard, and can act as a spur to activities on a larger scale.

Scarlatti research has often been carried out in relatively isolated pockets, defined by very different epistemological values, and often enough marked by strong polemics between various parties. The lack of certain knowledge and agreed priorities can be enticing, but it can also produce mutual frustrations.
In the light of such factors, the present collection could not offer, and is not intended to offer, a comprehensive survey of Scarlatti research; rather, we present a series of case studies, covering not just the magnificent corpus of keyboard sonatas, but other genres and aspects as well. The title reflects not just the feeling of adventure that seems to animate the sonatas, but also the fact that a certain intrepid spirit is required when approaching any aspect of the world of Scarlatti.