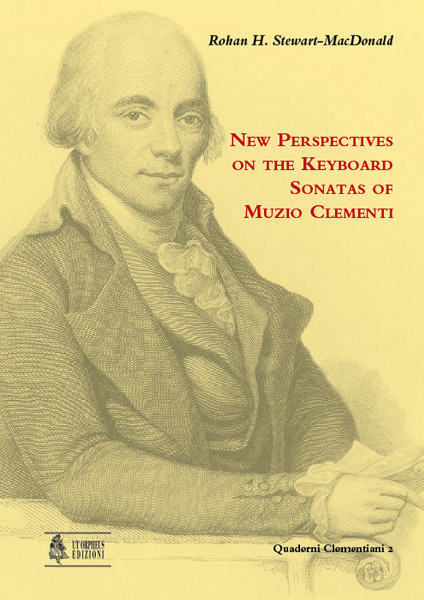 The career of Muzio Clementi (1752-1832) spanned the lives of both Mozart and Beethoven and was exceptionally diverse. It encompassed performing on the keyboard, conducting, teaching, business activities and composition in the realms of keyboard, chamber and orchestral music. This book focuses on Clementi’s keyboard sonatas and aims to shed new light on their relationship with the complex cross-currents of late eighteenth-century musical style, both in England, where Clementi was active for much of his career, and the continent, which he visited periodically.

The first chapter summarises Clementi’s historical reputation as it developed in the nineteenth and twentieth centuries, and evaluates the impact on it of the significant developments in Clementi scholarship since 2000. The aim is to stress the deficiencies of the established view of Clementi as a keyboard pedagogue and to stress the importance of liberating him as much as possible from this ingrained perception.

This is attempted, in the remaining chapters, through close, analytical readings of a variety of keyboard sonatas from all stages of his career, comparing them with a range of works by Haydn, Mozart, Beethoven and other contemporaries such as Jan Ladislav Dussek (1760-1812).

The comparisons are made from the perspectives of distinguishing features of Clementi’s style such as his unusually intense deployment of strict counterpoint in the later keyboard sonatas; his cultivation of irregularity in recapitulations; his use of the ‘three-key’ exposition in the middle-to-later stages of his career that seems to anticipate nineteenth-century developments, and also his assimilation of heightened virtuosity into the earlier sonatas, often in the form of cadenzas more suggestive of the keyboard concerto – a genre Clementi seems, rather strangely, to have neglected.

The book has been envisaged as a direct response, not only to the most recent scholarship on Clementi, but also to current approaches to eighteenth-century music in general, including the interdisciplinary work of Annette Richards.

Rohan H. Stewart-MacDonald (1975-2017) studied at St Catharine’s College, Cambridge between 1993 and 2001 and worked as Director of Studies in Music and Director of Music at Murray Edwards College, Cambridge, from 2004 until 2009. He published the monograph New Perspectives on the Keyboard Sonatas of Muzio Clementi in 2006 (Quaderni Clementiani, 2). In 2012, with Roberto Illiano, he co-edited and contributed to the multi-author, multi-lingual Jan Ladislav Dussek: A Bohemian Composer «en voyage» through Europe (Quaderni Clementiani, 4), and he has recently edited the book The Early Keyboard Sonata in Italy and Beyond (Brepols, 2016). His research interests had broadened to encompass eighteenth- century Italian symphonism; nineteenth-century British symphonism; concert life in Britain in the early nineteenth century and the early-Romantic virtuoso concerto.