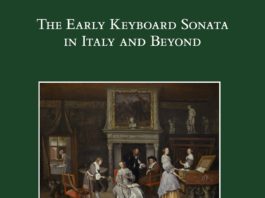 Published with the Assistance of Fondazione San Giovanni (Pistoia) and Credito Cooperativo Banca di Pistoia, under the Auspices of Amici di Groppoli (Pistoia).

The Early Keyboard Sonata in Italy and Beyond takes as its subject the birth of the keyboard sonata in Italy and its subsequent efflorescence. With a time-frame spanning the mid-seventeenth and late eighteenth centuries the book proceeds outwards from the contributions of Italians Lodovico Giustini (Pistoia), Francesco Geminiani (Lucca, Naples, London), Baldassare Galuppi (Venice), Giovanni Battista Sammartini (Milan) and Domenico Scarlatti, with new insights on the sonata outputs of Germans George Frideric Handel, Johann Ulrich Haffner and Johann Christian Bach. 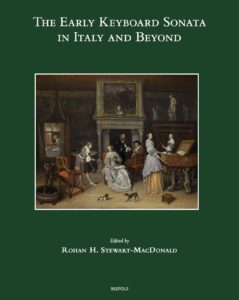 The book employs a mixed methodology, with source studies alternating with analytical investigations, considerations of performance practice and organology. Central themes include the initial coalescence of the keyboard sonata as a genre and the problems of reconciling diversified usages of the term ‘sonata’; the keyboard sonata’s dissemination through contemporary published sources, accessed by an international community of amateur and professional players; the ambiguous distinction, in this period, between composition and arrangement; and the relative status of the keyboard sonata and neighbouring genres.

Several chapters will consider the stylistic developments undergone by the keyboard sonata in the middle and later eighteenth century. This will lead to critical re-examination of traditional distinctions between ‘Baroque’ ‘Galant’ and ‘Classical’ keyboard idioms, and most importantly, reconsideration of the traditionally narrated evolution of ‘sonata form’ from the ‘mid-century’ sonata to the ‘high Classical’ of synthesis of Haydn, Mozart and Beethoven, that understates or otherwise distorts the significance of earlier Italian models. One of the book’s overriding aims is to support and build on recent attempts to counteract the traditional view of an eighteenth century subdivided between ‘Baroque’ and ‘Classical’ eras.