Home Music, Criticism & Politics Music and War in Europe from French Revolution to World War I 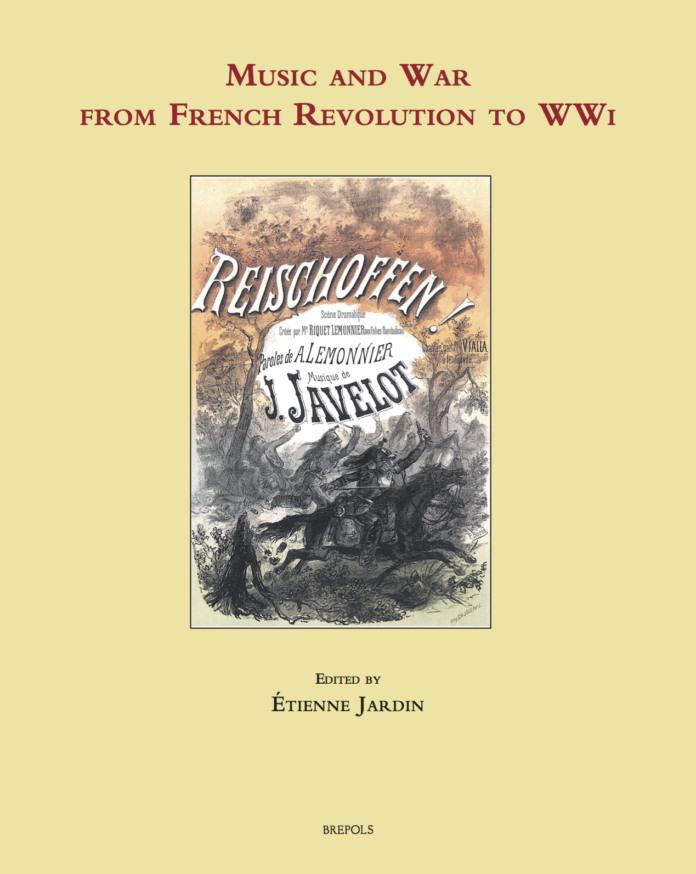 2014, with the commemoration of the centennial of the Great War, has been a productive year for research on the relation between music and this first world-wild conflict. Thanks to several conferences and publications, our knowledge about musical repertoire played at the home front, musical practices of soldiers, or war’s impact on the European musical life is expanding.

While joining those efforts to shade light on this particularly misknown period of music history, this book aims to investigate the relationship between music and war by adopting a larger time-span: from the end of eighteenth century until the outbreak of the First World War, what kind of connections can be found between music, musicians or musical economy (edition, scores circulation, opera and concert programming, professionalization) and the different conflicts that torn the European continent apart? Bringing together more than twenty case studies dealing with several European wars, this volume also investigates the evolution of sound of war’s perception (by Martin Kaltenecker), and propose new perspectives based on recent 20th century music and war studies.

Beverly Jerold, The Complexities of Early Instrumentation: Winds and Brass