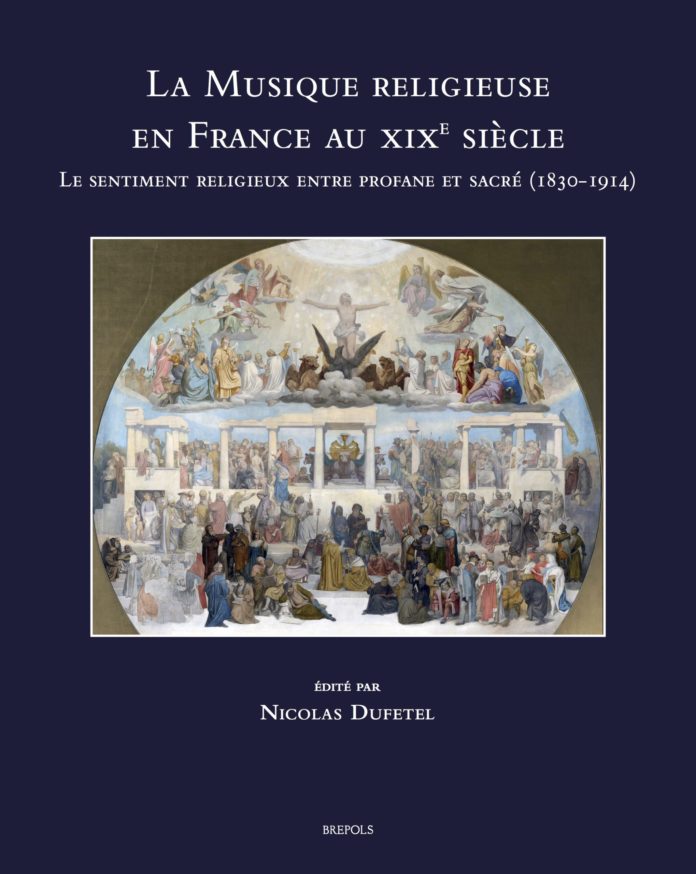 This volume investigates religious music in France during the 19th century, after the disruption of the French Revolution and the Concordat (1801), until a few years after the Law of Separation of Churches and State (1905).

With its various and complicated forms — choral, instrumental, orchestral, etc.— and aesthetic concepts, 19th-century French religious music echoes the many facets of the religious fact in France, predominated by the Catholic faith, but diversified into many neo-Catholic systems (socialism, liberalism, saint-simonism, humanitarianism, ultramontanism, etc.).

Religious music interacts with society, moral philosophy, Aesthetic, and politics. Thinkers such as Lamennais, Lacordaire, Montalembert, Dom Gueranger, Renan, who had a deep influence on their contemporaries, were also influential on musicians. The ideas of music writers such as Fétis, d’Ortigue, Félix Clément are also studied.

The texts in this volume explore also the relation between music and worship, the liturgical movements and the reforms, the adoption of the Roman rite. Of particular interest is the research on plain-chant and its role in liturgy and musical compositions, as well as its intersections with politics.

Case studies (Berlioz, Gounod, Liszt, Saint-Saëns, Massenet, d’Indy, Fauré) illustrate these questions. Finally, some texts investigate the presence of religious elements in cabaret, educational, and secular repertoire. According to D’Ortigue, «If one bases one’s thoughts on what we call ‘religious sentiment’, there are no more rules, no more limits».

«Religious sentiment» allows a global view of secular and sacred conceptions, and explains the great musical variety in a period divided between tradition, science and faith.

Nicolas Dufetel is a Research Rellow at the CNRS and deputy director of IReMus. Author of a thesis on Liszt’s religious music, he was subsequently visiting scholar at the BnF, fellow of the Houghton Library (Harvard University) and postdoctoral fellow of the Alexander von Humboldt Stiftung (Hochschule für Musik Franz Liszt, Weimar). His work focuses on Liszt, more generally on the 19th century and the history of Western music in the Ottoman Empire.