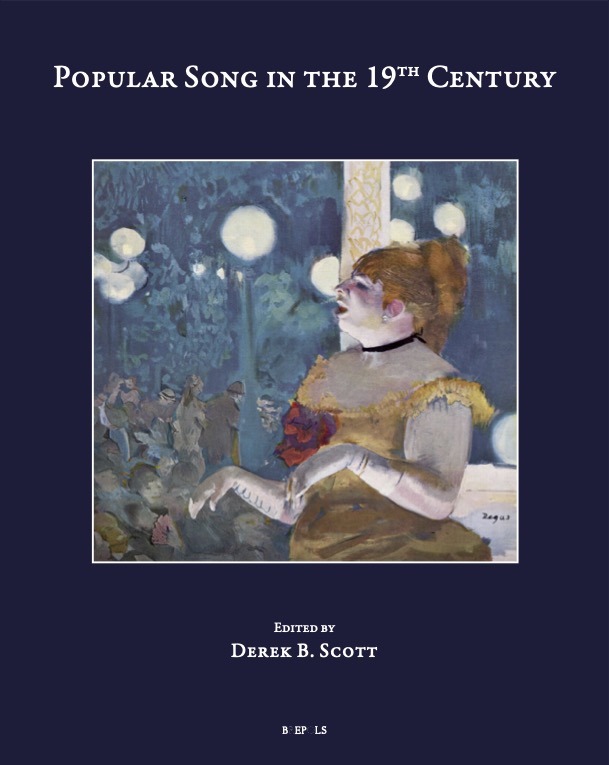 Many new and exciting kinds of popular song emerged in the 19th century, and the contributors to this volume place the development and reception of these songs in social and cultural context. The chapters are grouped into four parts.

Part I investigates border crossings: an internationally known gondola song, popular songs in the Southern United States, the impact of American music in Germany, and Brazilian music in Europe.

Part II concentrates on public and private spaces: the cabarets of Montmartre, salons in Berlin and Prague, popular songs and the church organ, and theatre songs in Portugal and Spain. Part III takes up the subject of social struggle: German protest songs, Hussitism and Czech songs, and Antebellum American popular songs.

Part IV is concerned with matters of cultural identity: songs of Flanders, songs of the 1890s Irish cultural, songs of the Russian ‘Slavic spirit’, urban songs in Greece after the War of Independence (1821), and rural and urban Serbian songs. Taken as a whole, the chapters reveal the importance of understanding different historical and cultural environments when investigating the subject matter, structure and meaning of 19th-century popular song.

Derek B. Scott, Professor emeritus, University of Leeds, has published extensively on music and cultural history. 19th-century popular music has long been one of his primary research interests. His first book The Singing Bourgeois (1989) focused on the drawing-room ballad in the UK and USA. A later book, Sounds of the Metropolis (2008) argued that the 19th century witnessed a revolution in European and American popular music.