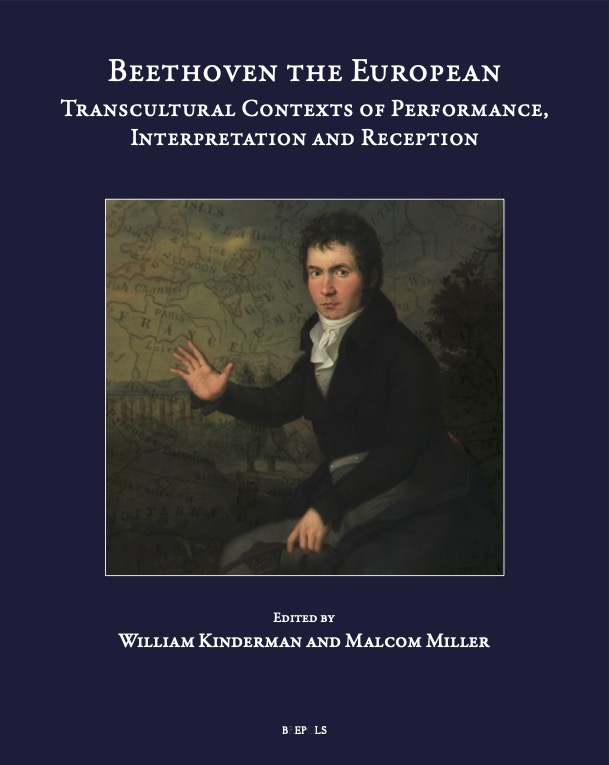 Beethoven’s music, stemming from its 18th– and 19th-century European context, communicates values of the Enlightenment bearing a seemingly universal, timeless significance. More than a quarter millenium after his birth, a 21st-century perspective offers a timely opportunity — against a backdrop of the reconfiguration of Europe and tensional power shifts across continents — to explore ways in which notions of European ideals impacted the works of Beethoven and his contemporaries and which social-political contexts shaped its reception. The essays in this volume offer cutting-edge research shedding new light on varied aspects of Beethoven’s music, and the ways it has been adapted and adopted by the musical world up to the present-day. Foremost international experts and younger scholars, gathered together with the editors William Kinderman and Malcolm Miller, share insights about Beethoven reception both within and beyond Europe, covering France, Italy, Britain, Spain, the USA and Japan. Innovative contextual studies consider topics on criticism and interpretation, performance and publication, and a variety of less familiar personalities, institutions and performing organisations. Studies of individual works illuminate Beethoven’s well-known masterpieces through novel, sometimes polemical, contextual and analytical frameworks. The volume as a whole celebrates Beethoven’s genius as European and global, marking a fascinating turning-point between the particular and the universal.

William Kinderman is Professor and Krown Klein Chair of Performance Studies, University of California, Los Angeles. His books include Beethoven: A Political Artist in Revolutionary Times (2020), the comprehensive study Beethoven(2009), and Artaria 195: Beethoven’s Sketchbook for the «Missa solemnis» and the Piano Sonata in E Major, Opus 109(2003). As pianist, he recorded Beethoven’s last piano sonatas and Diabelli Variations.  He was co-curator of the Beethoven Museum that opened in Vienna/Heiligenstadt in 2017.

Malcolm Miller, musicologist and pianist, is Honorary Associate and Associate Lecturer in Music at the Open University, UK. He has published widely on Beethoven, Wagner, and contemporary music. He is founder-editor of Arietta, Journal of the Beethoven Society of Europe. His chapter ‘Peak Experience: High Register and Structure in the “Razumovsky” Quartets Op.59’, appears in The String Quartets of Beethoven (2006).