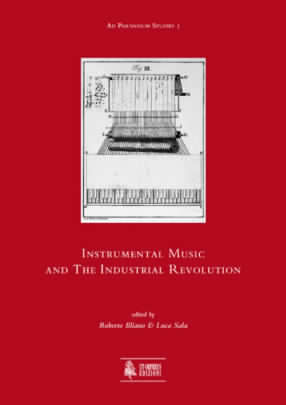 In this volume we wanted to investigate the intersection between the Industrial Revolution and the aesthetic-musical field. In particular, we aimed to explore the European dimension of the cultural exchanges caused by the phenomenon of musical migration, together with the international relationships generated by the music printing industry, entrepreneurship and the market for musical instruments.

The later eighteenth and earlier nineteenth centuries were a time of fundamental change in European life, proceeding from the revolutionary implications of the ideologies of Enlightenment, and reverberating in market economies, methods of manufacturing and agriculture, modes of travel, and population distribution. The development of new technologies resulted in the enlargement and improvement of the music printing industry, and in the widespread diffusion of music in private and public spheres.

The Industrial Revolution brought about the ‘modernization’ of productive processes and, as a consequence, engendered a kind of ‘globalization’ of the musical market.