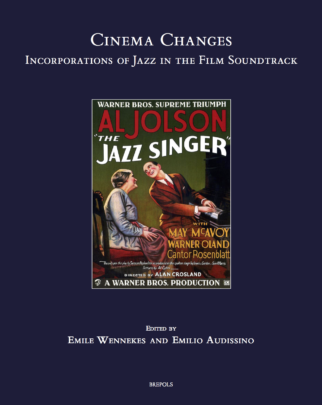 Cinema is the form of entertainment that can be, above all, identified with the twentieth century. It gradually replaced theatre as a popular form of performed storytelling, and replaced opera too as the new “multimedia” art form, soon incorporating music as one of cinema’s privileged means to co-tell stories. Speaking of music, jazz was a sensational twentieth century novelty as cinema was.

The two soon teamed up, and jazz, with its various incarnations and styles, has accompanied the moving images and the cinematic narratives throughout the decades. It was inevitable that these two iconic art/entertainment forms, jazz and cinema, should meet, blend, cooperate, and have a reciprocal influence. While the early film music was mostly symphonic and inspired by the late-romantic nineteenth-century idiom, jazz and Afro-American music — in various form and with diverse and changing racial/social connotations — appeared onscreen even before the landmark film The Jazz Singer(1927), which officially launched the sound era. This collection of essays seeks to study the long-standing relationship between jazz and cinema, from the silent era to the contemporary sound cinema, on an international level.