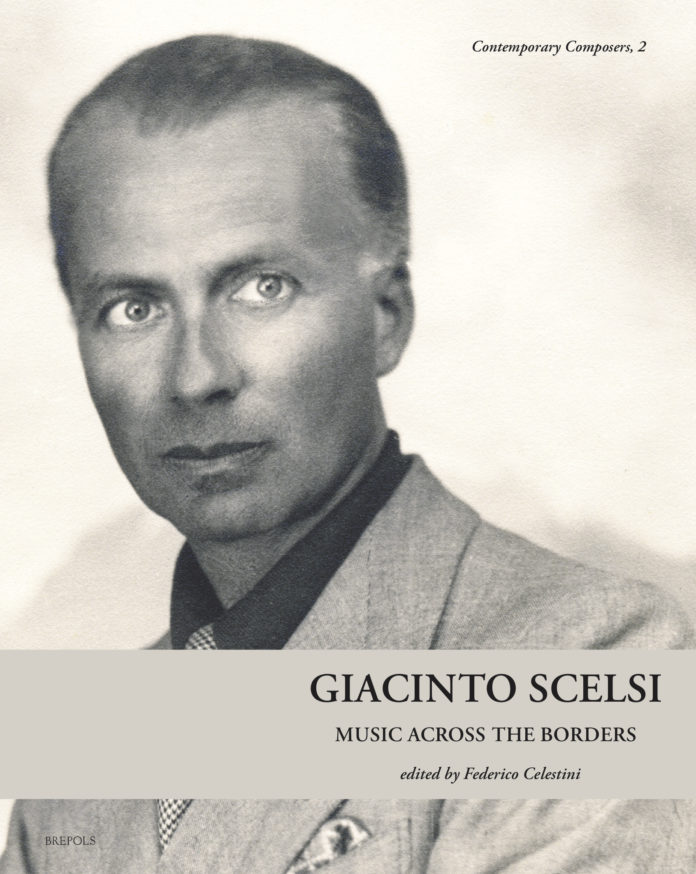 under the auspices of the

The opening of the archive of the Isabella Scelsi Foundation in Rome in 2009 has facilitated new research perspectives on the work and the significance of the Italian composer Giacinto Scelsi (1905 – 1988). Together with documents, letters, notes, Giacinto Scelsi’s private library and record collection, the tapes with recorded material played by Scelsi that were used to write his musical scores are now accessible.

It has thus been possible to commence a substantiated analysis of Scelsi’s compositional processes over the last few years. Hence, it is now the right time to produce a larger publication, in which recent results and new approaches can be documented and presented to interested readers. The leading musicologists acquainted with Scelsi’s work are to be involved in this proposed volume. The book will commence with an introduction, in which the main lines of the musicological discourse on Scelsi shall be presented and discussed. The book will then focus on three main thematic areas.

The first section is dedicated to the exploration of Scelsi’s aesthetics. Scelsi’s development of a particular concentration of sound in his works from the late 1950s onwards is strongly connected with his studies of the music traditions of extra-European cultures. In this section, the implications of Scelsi’s anomalous compositional process are to be explored on the basis of the recorded tapes: the concepts of ‘work’, ‘improvisation’, ‘transcription’ need to be questioned and newly defined in this context. At the same time, the constellation between Scelsi and his assistants is the object of investigation here. In this section, it becomes evident that the crossing of borders mentioned in the title is not only of a cultural nature, but is also conceptual. In the central and most extended part of the book, Scelsi’s works are discussed chronologically and by type. In his compositions for solo instruments, Scelsi could work directly with interpreters.

Thus, an oral tradition originated that transcends the score, and is jeopardized over the course of time. The large orchestral and choral works are more strongly dependent on the scores and employ more traditional compositional techniques. They also demonstrate Scelsi’s focus on the aspects of sound most clearly. Scelsi, who mostly composed for unusual combinations of instruments, composed several works for string quartet over the course of many years. These works are also the object of investigation.. The piano works of the middle period and the early works are also discussed here. Essays on the analysis and performance of Scelsi’s works complete this section. In the last part of the book, Scelsi’s reception is thematized.

Musicologists from different cultural areas will comment on the impact of Scelsi’s music in various compositional landscapes in the first decades of the 21st Century and also discuss aspects of Scelsi’s reception. In this final section, there will also be an essay about the Scelsi Archive and its role in research on Giacinto Scelsi.