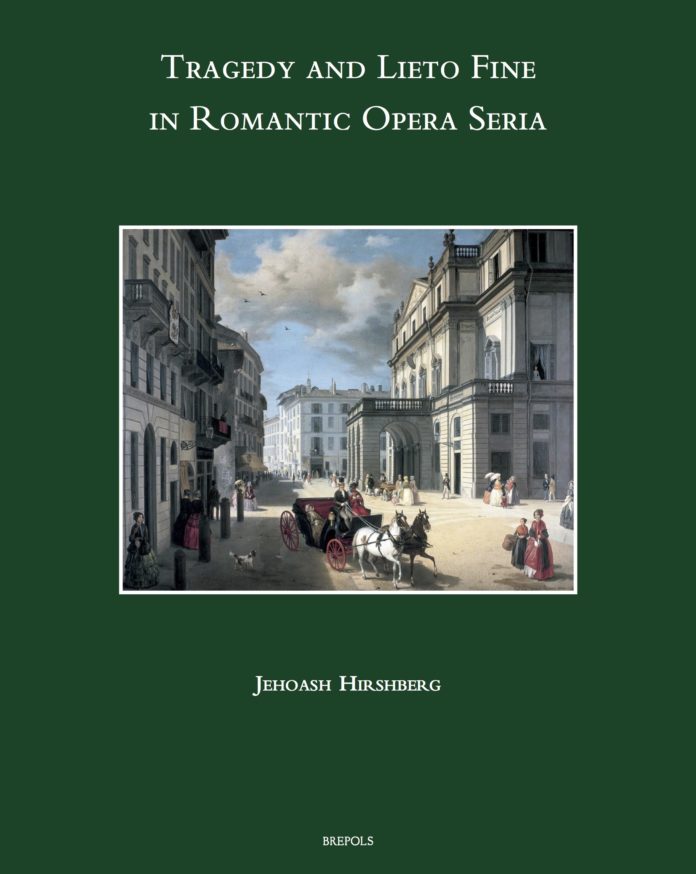 In a seminal essay Carl Dahlhaus has pointed out that »often it is possible to turn the ending in a different direction without making any difference to the substance of the tragic course of events leading to it». Dahlhaus’ statement is especially relevant to Italian Romantic opera seria.

Whereas Lieto finewas central to the ethics of eighteenth-century Enlightenment opera, Romantic opera turned to heartbreaking tragic endings, often as means of social and political criticism. Yet the ending of a Romantic opera was not inevitable, and a significant proportion of Romantic operas have Lieto fine.

An example is Rossini’s «Tancredi»that was premiered in 1813 first with Lieto fine(Venice), then with a tragic ending (Ferrara), and again with Lieto fine(Milan), suggesting that the ending was not essential to the opera.  The book analyzes the processes leading to Lieto finein 23 operas from «Tancredi»to Puccini’s «La Fanciulla del West».

This includes mixed endings, such as in Verdi’s «Macbeth»that ends with a hymn of victory, yet centers on the human tragedy of Macbeth and Lady Macbeth. The book discusses both canonic and unjustly neglected operas, such as the socialist «Papa Martin»by Antonio Cagnoni.