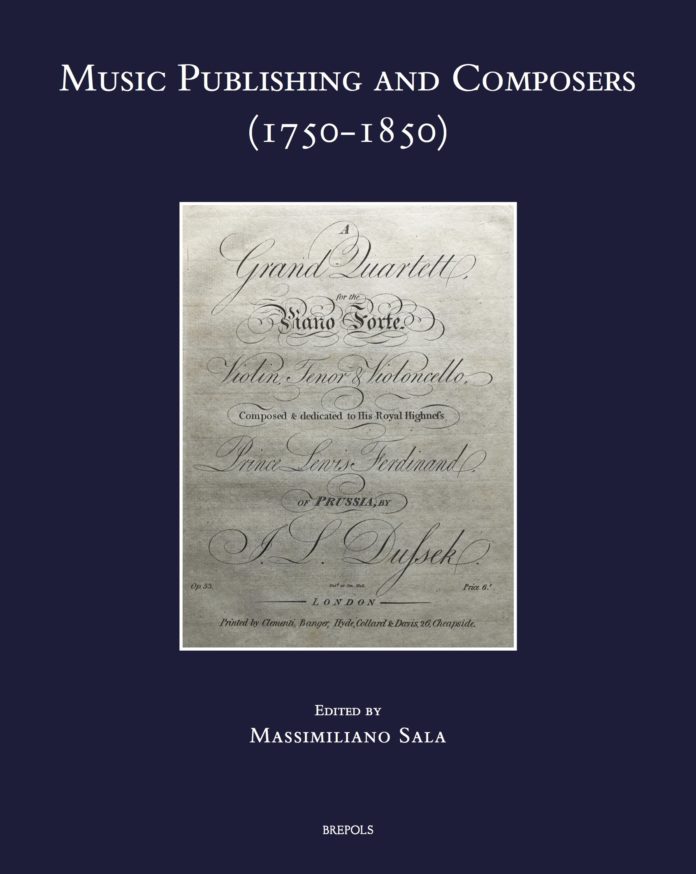 The development of music publishing in the final years of the eighteenth and first decades of the nineteenth century had a decisive and far-reaching influence on every facet of the music profession. The proliferation of publications substantially altered the conception of the musical work and the nature and extent of intellectual property.

Increasingly this allowed composers to support themselves financially through the sale of their own works, or even to establish, or collaborate in, publishing houses.

The needs of contemporary consumers of music andnew approaches to the production and dissemination of the musical work conditioned, and were conditioned by, the ever-evolving spheres of public and domestic performance that, in turn, stimulated the emergence of new musical forms and genres.

This book focuses on the role of music publishing within the daily life and activities of composers at the turn nineteenth century, and its impact on subsequent patterns of development that influenced the course of nineteenth-century music.