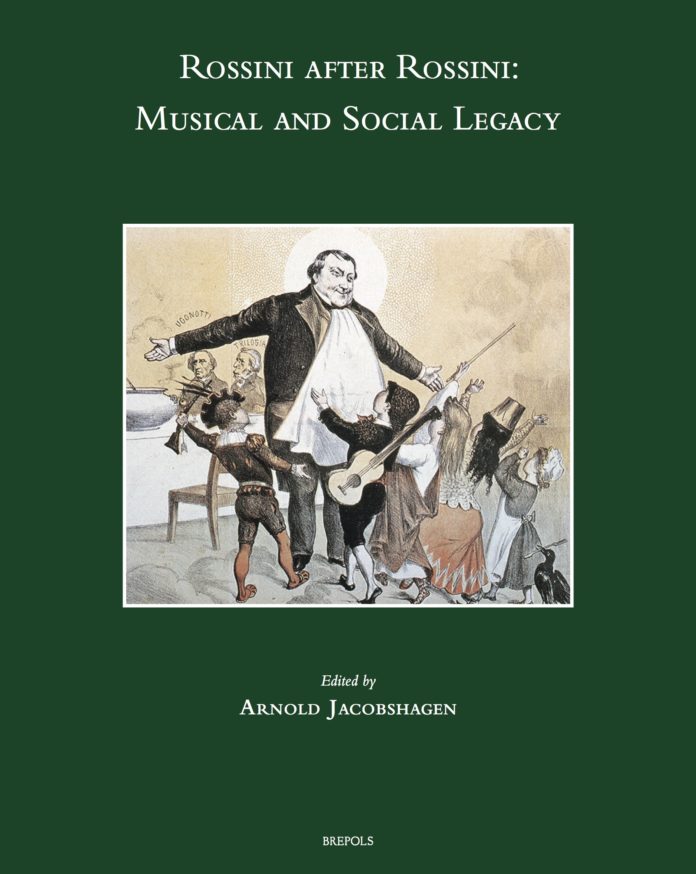 This volume reflects on Gioachino Rossini (1792-1868) and the international reception of his work 150 years after his death.

Rossini was the most influential opera composer of the first half of the 19th century. His exceptional position in contemporary cultural life and the international success of his works meant that monuments were erected during his lifetime and biographies, novels and plays about him appeared.

The volume explores his literary reception and the dissemination of his operas in the 19th and 20th centuries in various countries, focusing in particular on stylistic and compositional legacy, the theory and practice of operatic singing, treatises and biographical memoires, and Rossini’s position in politics, society and public opinion.

Translations and adaptations of Rossini’s libretti are analyzed with regard to their functions within in the performances in different cultures and languages. Several chapters address the influence of Rossini and his music on other composers such as Giacomo Meyerbeer, Ottorino Respighi and Ferruccio Busoni. The fame that once surrounded Rossini, however, has been lost in the course of time, and many of his works fell into oblivion.

The last section of the volume sheds new light on the so-called “Rossini Renaissance”, the revival of his works in the second half of the 20th and the beginning of the 21st centuries.

Arnold Jacobshagen is Professor of Musicology at the University of Music and Dance Cologne (since 2006). After his Ph.D. at the Freie Universität Berlin (1996), he taught at the universities of Vienna and Bayreuth, where he received his habilitation in 2003. He is a member of the Academia Europaea, and a board member of the Joseph Haydn Institute, the Meyerbeer Institute, the «Rivista Italiana di Musicologia», and the German Rossini Society. His research focuses on Italian and French opera, historical performance and interpretation history as well as reception research on 19th-century music. Recent book publications include «Gioachino Rossini und seine Zeit» (2015, second edition 2018), and «Musik, die Wissen schafft – Perspektiven künstlerischer Musikforschung» (2020).