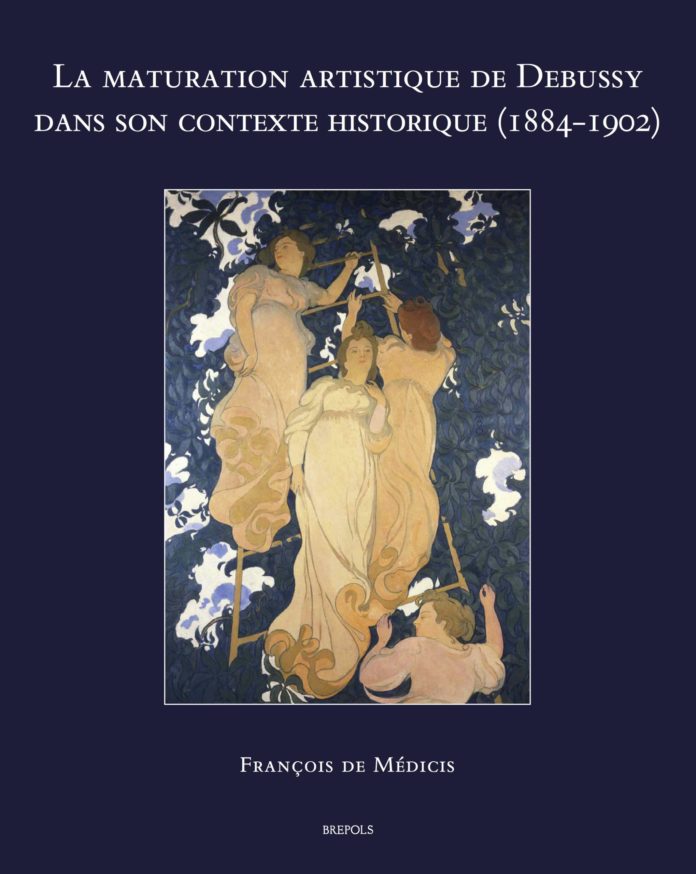 This work is centered on the figure of Claude Debussy in the years between 1884 and 1902 — from the moment he captured the Prix de Rome to the premiere of Pelléas et Mélisande, the work that marked his coming of age as a professional musician and confirmed his personal style. This period bore witness to one of the most profound transformations of the composer’s musical style and the ascent of his career to dizzying heights.

Debussy’s creative achievements are placed in the context of his professional development as well as his interactions with various musical institutions such as the Conservatoire, the Institut des Beaux-Arts (during the Prix de Rome), the Société Nationale de Musique, and the Opéra-Comique.

Detailed and cursory analyses of a wide range of works, both canonical and little-known, provide a window on how Debussy’s style was positioned with respect to other composers of his time who hailed from both the establishment and the avant-garde (Thomas, Massenet, Chabrier, Franck, D’Indy, Grieg, Wagner).

This study allows for a more nuanced understanding of our received knowledge and a refreshed historical perspective that begs us to reconsider various aspects of the artist’s life. These include the cliché that Debussy was widely misunderstood in his youth, and a common failure to acknowledge the influence of Mussorgsky’s fellow Russians, like Balakirev and Rimsky-Korsakov.

François de Médicisis Professor of Music at the Université de Montréal. Heco-edited Debussy’s Resonance (2018) with Steven Huebner, and Musique et modernité en France, 1900-1945 (2006), with Sylvain Caron and Michel Duchesneau. He is currently co-editing a critical edition of Saint-Saëns’s Violin Sonatas (Bärenreiter, 2020) with Fabien Guilloux. His many articles on French and Russian music from the first third of the twentieth century focus on composers such as Bonis, Debussy, Koechlin, Milhaud, Scriabin, and Stravinsky.

Professor Reicha: Practice and Legacy of a Composer-Teacher