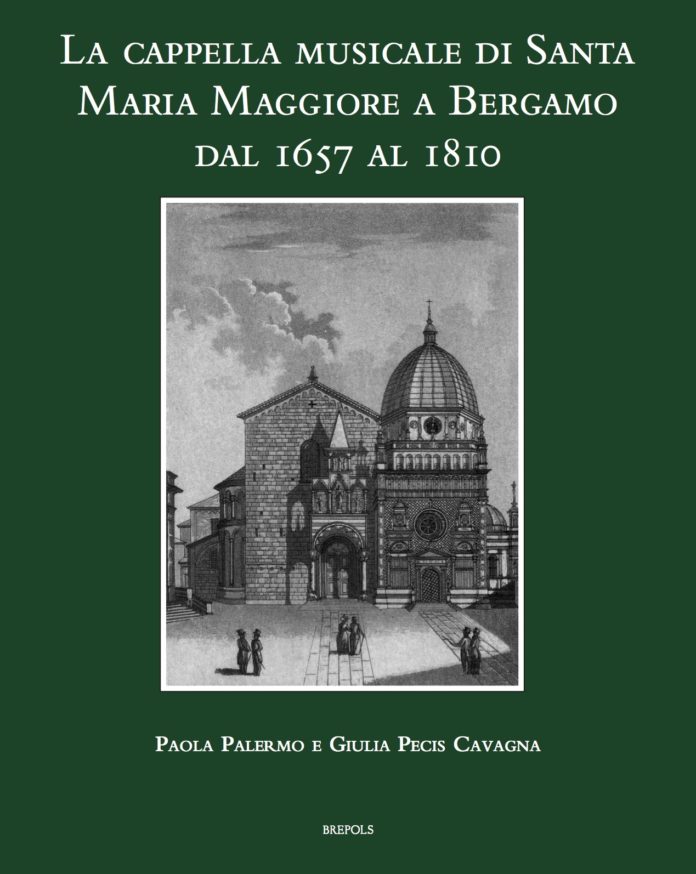 with documents transcriptions on Cd-Rom.

From its very creation the musical chapel of Santa Maria Maggiore in Bergamo was always one of the most outstanding of the North-Italian ecclesiastical institutions. Among the 16th-century maestri di cappella there were musicians of the calibre of Gasparo de Albertis, Pietro Ponzio, Pietro Vinci and Ippolito Camaterò, while in the following century the list includes key figures such as Giovanni Cavaccio, Alessandro Grandi, Tarquinio Merula, Maurizio Cazzati and Giovanni Battista Bassani — to mention just a few.

To these we should certainly add two illustrious organists: Giovanni Battista Quaglia and Giovanni Legrenzi. Inevitably the presence of these important composers has generated a series of important studies, such as the (by now classic) ones by Gary Towne, Alberto Colzani and above all Maurizio Padoan, all of which focus on the 16th- and early 17th-century history of the chapel.

The following periods, however, have been substantially overlooked by modern research, or at most approached merely with reference to Johann Simon Mayr and his pupil Donizetti. Paola Palermo and Giulia Pecis Cavagna’s book, which aims to fill this large gap, examines the period ranging from 1657, the year of Cazzati’s departure, to 1810, by when Mayr had been maestro for some time.

An impressive array of documents — all of which can be consulted on a CD-Rom attached to the volume — help to reconstruct not only the activities of this important institution (with its various maestri, regular members and temporary collaborators), but also the church’s liturgy, an aspect which naturally had a close bearing on the chapel’s functions. The book comes with a valuable appendix listing all the musicians (salaried and otherwise) associated with the chapel and mentioned in the documents.