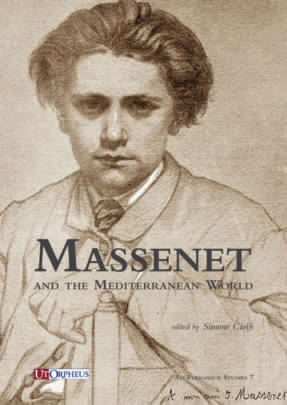 The Mediterranean world represented an inspiring cultural and social environment Jules Massenet. It provided him, in his operas and instrumental music, with characters and scenes that enabled him to interpret the spiritual and psychological tensions of the late Romantic period.

For Massenet the Mediterranean world had broad boundaries in both time and place; it included Roman history, the antique Orient, and also the South of Spain, Italy and France, with their magical, sometimes sinful, nuances. Consequently, Massenet’s engagement with Mediterranean culture is dual-faceted, encompassing antique Roman and Oriental societies, with their mysterious, sensual suggestions useful for passionate opera plots, and contemporary Mediterranean societies, suitable for a more picturesque approach.

The figure of Massenet and his music has been neglected by scholarship over the last two decades. This book aims to fill this gap with a subject not tied exclusively to music but encompassing the impact of a specific cultural dimension on the composer and his music. This dimension is broad in time and place, but no less specific for this breadth. This novel approach is one we have tried to maintain throughout the contributions. Although the enquiry is never-ending, the contributors hope that their combined effort as embodied in this book might provide a basis for further research.

European Fin-de-siècle and Polish Modernism. The Music of Mieczysław Karłowicz