Home Music, Criticism & Politics Jehoash Hirshberg, Opera in Search of a Just Ruler for a Unified... 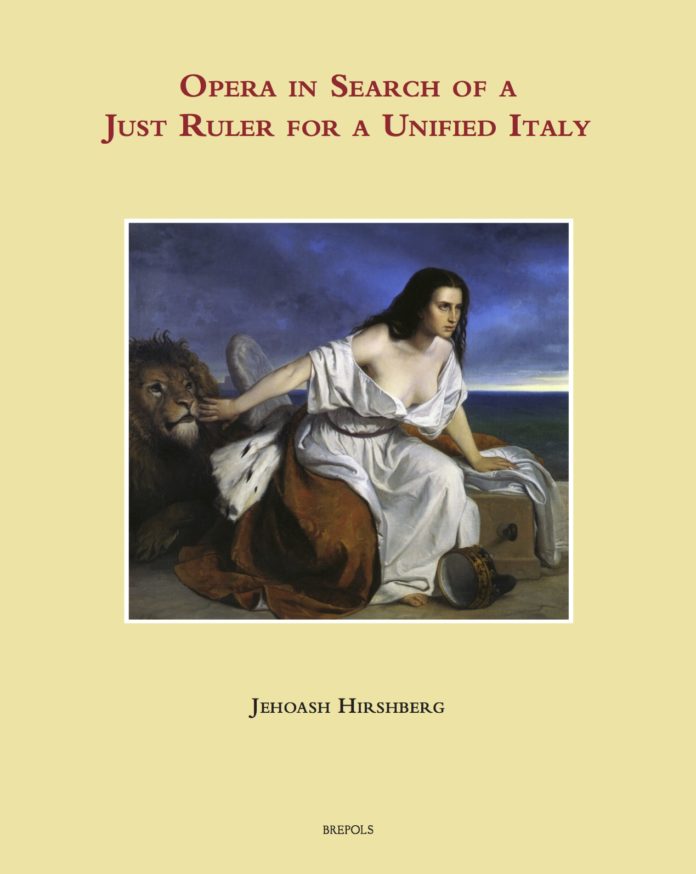 With the establishment of Il Regno d’Italia in 1861 the heydays of Risorgimento opera as a powerful political tool were over. A new category of operas, which is the subject of the present book, was that of the politically oriented operas that replaced the waning category of the Risorgimento operas. Those operas turned public attention to the pitfalls and dangers of forming the new government of the unifying Italy.

The new category commenced with Verdi’s Simon Boccanegra (1857), Un Ballo in Maschera (1859), and Don Carlos (1867), in which Verdi indirectly expressed his alarm at the dangers facing the future kings of Italy. A great many operas were composed in the decade of unification of Italy. Chapter 1 suggests a classification of the operas into the categories of operas of intrigue-and-love, the last Risorgimento operas, operas of social criticism, arrangements of literary masterpieces, and religious operas, and then focusing on the new category. The major section of the book comprises case studies of five representative Italian operas of the 1860s: Isabella d’Aragona by Carlo Pedrotti, La Colpa del Cuore by Francesco Cortesi, Ruy Blas by Filippo Marchetti, Vitore Pisani by Achille Peri, and Fieschi by Achille Montuoro. Each chapter presents a summary of the plot, a detailed stylistic and formal discussion of each opera, and a discussion of the manner in which the music interprets the composer’s political and social views. A pre-condition for the selection of the case studies was that they elicited at least successo di stima in more than one city, and that they were favourbly judged by the critics, most importantly by Filippo Filippi. The use of musical forms in the service of drama, most importantly La Solita Forma,was of paramount importance and will be emphasized in the case studies and supported by the many musical examples from the unjustly forgotten operas.