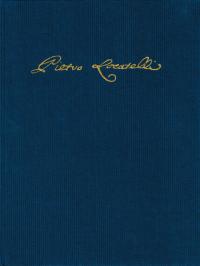 Go to the Publisher

The xii Sonate à Flauto Traversiere solo è Basso Op. 2 by Pietro Antonio Locatelli were published in Amsterdam in 1732, by the author, as the first chamber-music opus number by the composer. The dedicate and patron of the collection was Nicolaas Romswinkel (1707-1755), descended from a wealthy family of German merchants, but living in Amsterdam.

Op. 2 was a success. The first print-run, sold out in five years, was followed by two revised and corrected editions dating back to 1737 and c1752, both published in Amsterdam, always at the author’s expense. In addition to the authorized prints, Op. 2 was disseminated through many unauthorized sources, both printed and handwritten.

Early Music Pedagogy Then and Now. From the Classical Antiquity to...