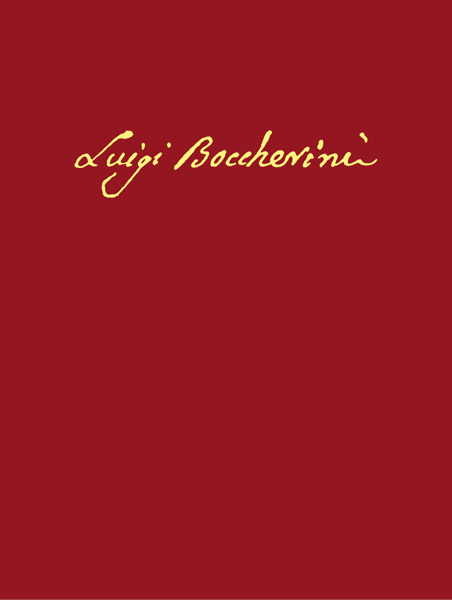 The volume contains all sextets for two violins, violas and cellos composed by Boccherini according to current knowledge. Boccherini wrote the six string sextets as part of his employment with the Spanish Infante Don Luis Antonio Jaime de Borbón y Farnesio (1727-1785), a brother of King Charles III of Spain. The composer summarized them into a series of works and stated 1776 as the year of their creation.

Already in spring 1777 the Parisian music publisher Jean-Georges Sieber published them in parts. It was the Paris publisher who gave the series the opus number 23 and the name “Sestetti concertanti”. He arbitrarily changed the sequence of the different sextets. Only a few sources of the series have survived, but these provide a very reliable basis for the edition. Among the available sources, an autograph score of the six sextets stands out, which can be regarded as a fair copy and the Druckvorlage despite some corrections made by the author himself. This autograph served as the main source for the edition.

For this reason, the present edition offers the six string sextets in their original order. The introduction written by Fabrizio Ammetto contains a classification of the edited works in the context of music history and an analysis of typical string characteristics. The chapters “Description of the sources” and “Criticism of the sources” in the Critical Report are written by Christian Speck. Here the filiation of the sources is examined in detail, including the copies made for Boccherini’s later German patron, King Frederick William II of Prussia, and the various editions of the Paris print.

The Sound of Empire: Soundscape, Aesthetics and Performance between Ancien régime...