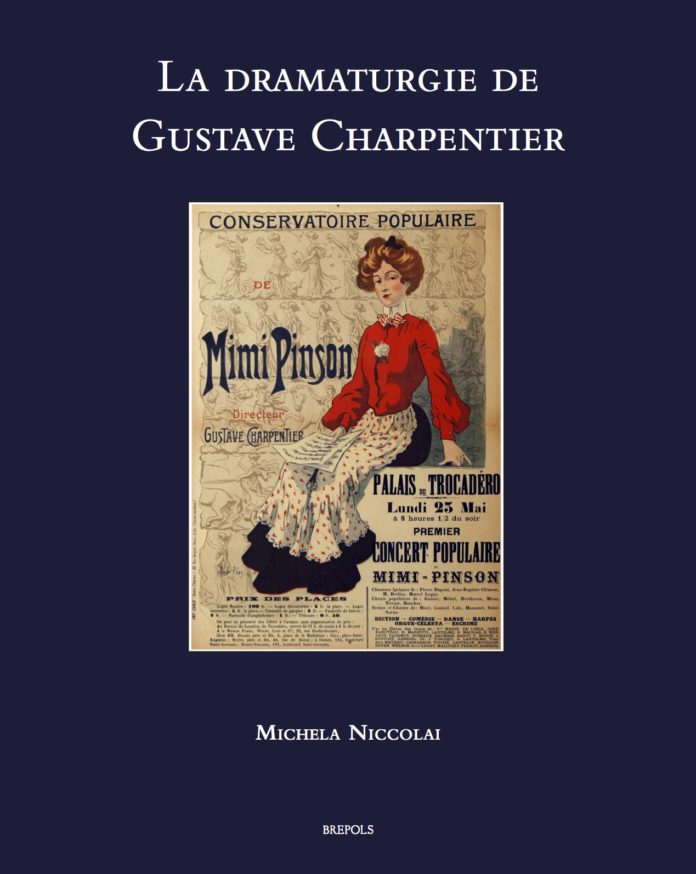 Gustave Charpentier is one of the most original fin de siècle composers. His musical output — in particular Le couronnement de la muse (1897) and Louise (1900) — has to be understood in the appropriate political and social context. Charpentier’s dramaturgical view reflects his social project, the concrete realization of which was the foundation of the Chambre Syndicale des artistes musiciens de Paris (1901) and the Conservatoire populaire de Mimi Pinson (1902).

Up until now, the success of Louise has eclipsed the output of a composer who wished to be in touch with the workers, without remaining isolated in a purely artistic dimension. Our analysis aims to reconstruct the origin and the evolution of both of Charpentier’s masterpieces; and to do that we will make use of unpublished and original documents.

Focusing on music, our attention has been drawn by the visual element; this is the most significant – indeed the principal – stimulus for the composer’s creativity. Charpentier was in fact among the first artists to adapt his works to the new communications media of radio and cinema, experimenting with a method of composing closely connected to them. The music of Gustave Charpentier reveals to us a world in which music and social history are inextricably associated; his music sheds light on the contradictions which enlivened fin de siècle France.