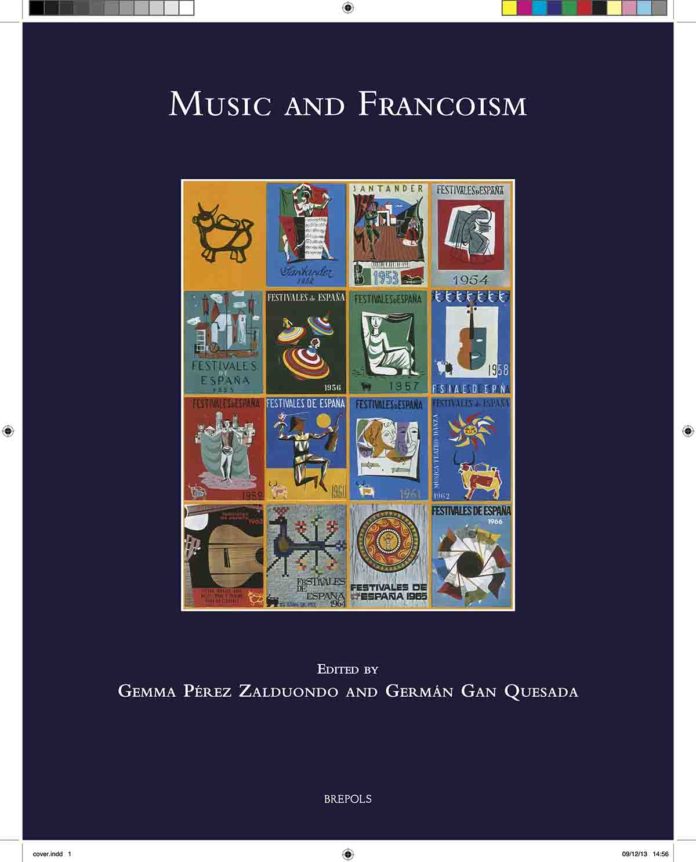 The present monograph, which brings together 19 essays by musicologists of different nationalities, offers studies conducted within today’s most active research lines within the field of musicology, referring to the analysis of networks of relationships that musical activities and phenomena had developed with the Franco regime (1938-1975).

These offer approaches to specific genres (chamber music, instrumental and theatrical music, flamenco, jazz, copla, light music, and cinematic music) and to diverse repertories and creative musical languages (nationalist, Neoclassical, and avant-garde) without neglecting the study of the creation, musical discourse, and its producers (composers, performers, and critics) within the domain of public and private institutional frameworks.

Also, they investigate the musical policies that formed part of the regime and involved repertories, creators, and performers.  In this latter regard, the chapters that study music in the context of international relations up to the end of the Second World War stand out, as do those that investigate the impact that historical events such as the Spanish Civil War — or others specifically musical in nature with special symbolic weight within Spain — exerted beyond the Spanish borders on foreign composers and their contexts as well as on Spanish composers in exile.

This volume presents a critical synthesis of the historiographic reflection that to date has dealt with the relations of music with the Franco regime, together with an analysis of the theoretic-artistic and identity-defining speeches in force during early Francoism, with an evaluation of their precedents.  The two chapters constitute the first section of the book, followed by another two that group studies on music into the propaganda at home and abroad, musical institutions and activity, and, finally, musical practices and the dissemination of the repertories.

Between Centres and Peripheries. Music in Europe from the French Revolution...

Giacinto Scelsi: Music across the Borders