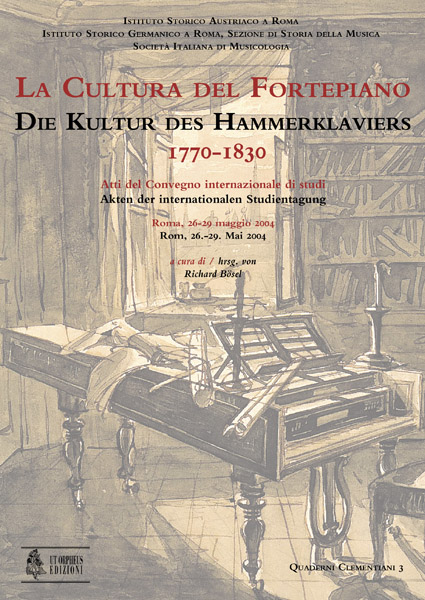 This volume offers the reader a journey into the highways and byways of  the culture of the pianoforte, covering certain new aspects. The range of themes treated is vast, proof of the central nature of the instrument in European musical life on the cusp of the eighteenth and nineteenth centuries.

On the basis of original research, investigations have been made into the different ways in which the spread of instruments and printed music occurred; into the movements of musicians circulating from one end of Europe to the other; into the circulation of genres, forms, musical styles and stylistic elements conveyed including through the teaching of the instrument; into the presence of the pianoforte in the European literature and the arrangements for instruments at the beginning of the nineteenth century; into the role of the pianoforte in certain important centres in Europe and the United States.

A rich period for European music, therefore, in which the opportunities for contact and mutual exchange among the musicians were particularly intense and in which the pianoforte acted as a catalyst in private and public musical life in all the cities of Europe.
The volume comes with the bonus of a CD, appositely providing pianoforte sonatas by Cramer, Hummel, Eberl and Beethoven.